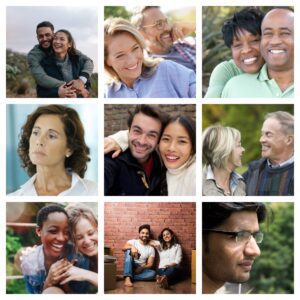 Everyone, from time to time, will believe they have forgotten something or failed to accomplish something. They will double check that effort and go about their business without major concern. OCD is a disorder that prohibits that resolution, but instead locks the patient into a cycle of repetitive behavior that is stressful and sometimes debilitating.

Men, women and children who suffer from OCD will experience tremendous anxiety as the result of obsessive thoughts and compulsions. This can result in nearly ritualistic repetition of actions that may interfere with their life in remarkable ways.

What are the Symptoms of Obsessive Compulsive Disorder?

OCD, or Obsessive Compulsive Disorder is not new to medicine, but it is receiving new attention. There was, in the past, a belief that OCD was resultant of experiences in earlier life. That belief has been undermined by evidence which is growing rapidly to tell us that certain biological elements are more likely to be the main contributing factors to the OCD process.

Underscoring this new information is the fact that many OCD clients will have a positive response to medications which function by affecting the neurotransmitters. This suggests that OCD has a more neuro-biological root cause.

The search for causative factors of Obsessive Compulsive Disorder is now focusing more on an interaction between environmental factors, cognitive agents, and neurological input, rather than past life experiences as a cause for OCD.

How is OCD Diagnosed?

Typically the diagnosis of OCD is made by reviewing behaviors which are repetitive or ritualistic in nature. The diagnosis is not always an easy one to make.

OCD can frequently be a bundled disorder that is combined with other issues such as drug or alcohol abuse, depression, or even accompanied by eating disorders. Seeing past these co-existing problems in order to correctly diagnose and treat the OCD is often a difficult and multi-step process.

Can Obsessive Compulsive Disorder Be Treated?

As in many other disorders, the most important aspect of getting help for your OCD is the realization that Obsessive Compulsive Disorder is a mental health disorder and that it can be treated. The treatment process often may require mental health therapy, the use of medication, or can involve both medication and therapy in order to help you to reduce and manage symptoms. OCD behavior can be managed quite effectively using combination therapy so that your OCD does not affect your life (and the life of your loved ones, co-workers, etc…) so dramatically.

How Can You Get Help?

OCD is so often misunderstood that people who have it surround themselves with secrecy and do not seek treatment. They believe that no treatment can help them and some believe they are “crazy” and hide the condition. The biggest single factor that affects OCD is that those who think they may be affected hide it from others in their life and do not discuss it.

In fact, OCD disorder, once diagnosed and treated, can result in a real benefit to you and your life. More than 80 percent of those with OCD who actively seek out and adhere to their treatment plan will benefit from it.